Since then, each year the center is transformed into a “museum,” as the tennis scholars, in historically accurate costumes, line up in the hallways and classrooms, posing behind rope, stanchion and tap lights as “wax statues.” 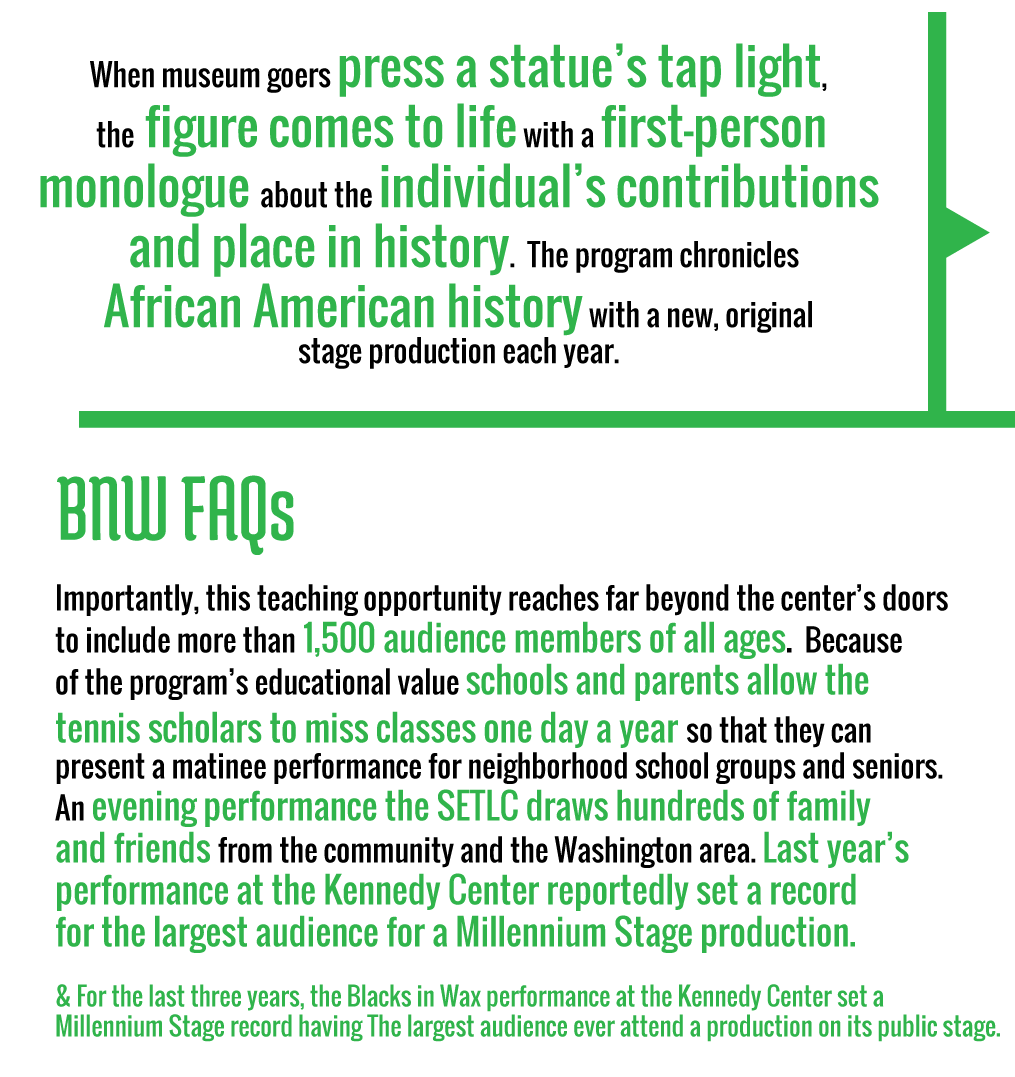 Each production focuses on a specific aspect of American history and culture as follows:

1. From Chains to Change (2009) traveled through time, from the days of slavery to the election of President Barack Obama;
2. Lift Every Voice…and Stand (2010) showcased African American artists that use their talents and celebrity to take a stand for a cause or justice;
3. From Surviving to Thriving (2011) celebrated the economic achievements and contributions of African Americans;
4. Movement to Monument (2012) portrayed African Americans that played significant roles in the Civil Rights movement and helped create a monument to Dr. Martin Luther King, Jr.; and


5. Struggle to Serve 1865 to 1965 (2013) highlighted the impact of the U.S. Constitution’s 15th Amendment, which gave African Americans the right to vote; the 19th Amendment, which afforded the same to women; and the impact of the 1965 Voting Rights Act, which reinforced the spirit of the 15th Amendment on the lives of African Americans, women and the country.
6. Souls of the Movement (2014) this vignette will feature three modern-day students discussing a project for their political science class about various movements such as Civil Rights, Black Muslims, Black Power, Student and Women’s Movement, and other Cultural Movements that have changed the world.
Renowned for its production quality and innovation, SETLC’s Annual Blacks in Wax (BNW) attracts extensive media coverage, including features: The Washington Post, live coverage on Fox 5’s morning news, and audio clips of monologues on WHUR 96.3 FM.